My mic/headset works on my phone but not on my computer.

It's possible it's a different type of jack that includes both input and output. 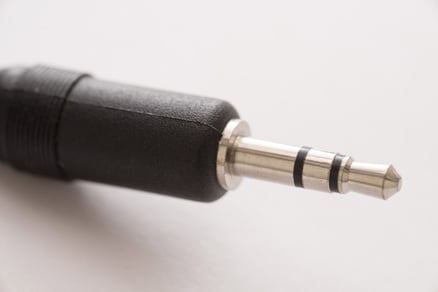 3 pole, 3.5mm headphone jack - Will be one of input or output (mic and speakers/headphones), not both. 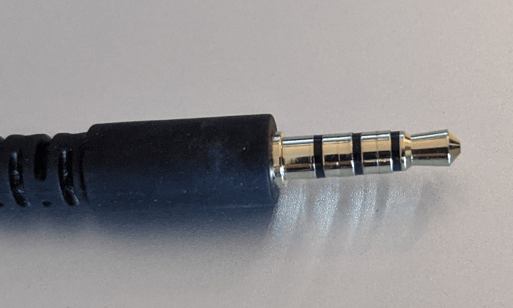 4 pole, 3.5mm headphone jack - Will be both input and output (mic and speakers/headphones)

If you have a wired headset that you use on your phone, but when you try to use it on  your computer, you can't seem to get the mic to work, it's likely what's called a 4 pole jack.  This means it passes sound in (mic) and out (speakers).  The problem is that many computer ports do not accept this type of jack, instead having a separate  headphone jack and sometimes a microphone jack.

If you're not sure what we mean by this, look at the jack itself.  Does it have 2 black lines or 3 black lines?

If it has 3 lines, that means it is going to transmit both input and output, and for many computers, you'll likely need an adapter.  You can either get an adapter that splits the cable into 2 separate cables (such as this one) or converts it to USB (such as this one).  Which one you get will be determined by the plugs you have available.  If you don't have a separate mic in, you will need the USB connection.

If you're not sure if this applies to you, or which adapter to get, don't hesitate to give our support team a call, and we'd be happy to help make sure you get the right adapter for your needs.